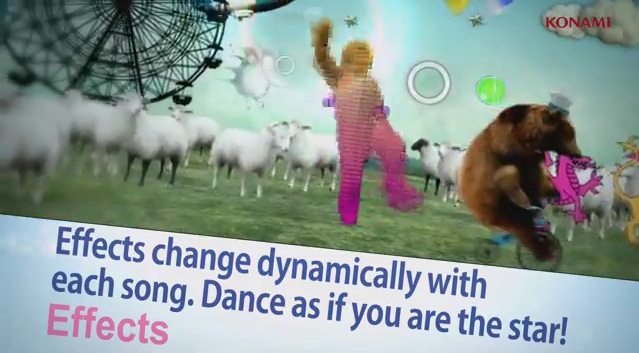 Great, now that I’ve got you suckered into reading a post about a dancing game…

Konami recently announced the spiritual sequel to last year’s underrated Dance Evolution (known as DanceMasters in North America). Boom Boom Dance will be released for the Xbox Live Arcade, I’m presuming before the end of the year.

By coincidence, “Boom Boom Dance” is also the name of an episode of Teletubbies, but as of yet there’s no confirmation regarding rumors of Tinky Winky’s presence as a secret unlockable character.

Although of course every member of the GameCola staff is excited, I’m the only person who actually expresses his love for dancing games.

Welcome to another thrilling edition of the THUMBS, where your satisfaction is not only guaranteed, it is mandatory! This month we adventure into uncharted Super Thumbs waters as I bring you some PSP