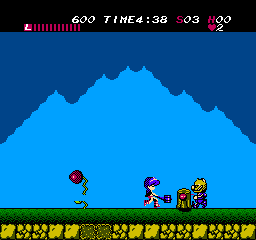 Athena is an overly difficult NES game. The first of its many problems is the game’s enemies. Most games will only have one or two enemies attack your character at once, but in this game, enemies flood the screen constantly, attacking you with their weapons and sprite flicker. The enemies are almost impossible to dodge, due to the game’s flawed jumping system which requires you to double-jump in order to jump over an enemy. What usually happens is that one enemy hits you, and you get bounced backwards, right into another enemy. Then you get bounced back and forth between the enemies like a ping pong ball until you die.

The other major flaw of this game is the equipment system, which doesn’t work because Athena automatically equips every weapon and piece of armor she finds. Say you got lucky, and you managed to find the best armor in the game. Two seconds later, Athena will throw it away and put on the piece of low-level armor that an enemy just dropped. And say you manage to find one of the two weapons in the game which actually do damage. She’ll throw it away without a second thought, and you’ll never be able to recover it. It’s almost like the game is actively trying to make your character as weak as possible, but the thing that’s really weak around here is the level of enjoyment that comes from playing Athena. 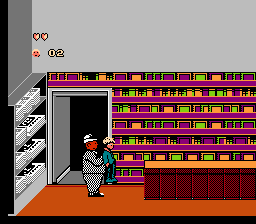 THQ, though now a slightly more respected publisher, was once a distributor of crap and nothing but. One of the prime examples of this was Home Alone 2, a game better left floating in the men’s room toilet at the Sizzler. Getting past the first stage is a chore in itself—you have to dodge hopping luggage, flying grandmothers, and a hotel concierge who wants to choke you right from the get-go. And you barely have any weapons to defend yourself, aside from sliding on your knees and giving yourself rug burn. Lousy controls, nonsensical enemies, and piss-poor eye/ear candy made Home Alone 2 make you wish you had skipped Christmas that year. I’d rather watch Home Alone 4 than play this. That’s how awful it is. 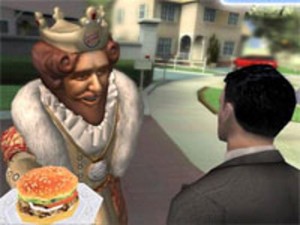 Sneak King works really hard to redefine how bad a game can be before it starts riots. Seriously, there is absolutely nothing to laud about this game, and even though it only cost four dollars, I still feel ripped off. I’ve lost more money than this and still felt better about how that money was used.

You play as the old, terrifying Burger King mascot, and it is your duty to sneak around the neighborhood, surprising people with fast food and diarrhea. Your victims…er, customers…walk around in set paths and won’t eat the food if they see you coming. I know this was meant as a promotional tool for Burger King, but it says something about the quality of their food if the only way you can get people to eat it is if you pop out of a garbage can and force them to. Even if we ignore the fact that the basic premise behind this game is awful and the overall gameplay is terrible, Sneak King doesn’t even do the little things correctly. The camera is horrible, and always wants to focus behind the King. Enter a house to hide in, or some pile of garbage, and the camera jams and you can’t see where your unsuspecting victims are.

Purchase this game for the novelty value, or so you have something to counter with when somebody brings up the worst game they’ve ever played, but do not buy this game with the intention of enjoying it. I’d recommend staying clear of the game entirely, because something this bad must have some sort of negative effect to your physical well being. 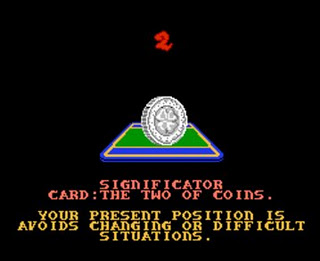 Protip: Tarot cards don’t work. They don’t tell you about your inner self or give any kind of insight into what the future holds. Hell, you can’t even play any cool games with them. Historically they’ve always just been a tool wielded by swindlers to take money away from gullible people. Taboo is no different. The entire game is just typing in a question and watching a handful of cards pop up. The game gives you a brief, incredibly vague idea of what each card represents, and it’s up to you to figure out what it means. After which you get to use a random-number generator to determine your lucky lotto numbers, most of which are no longer valid with most states’ lotteries. Beginning to end the game is about four minutes long. Considering this game cost about the same as most other games at the time, trying to pretend it’s peer to Kirby’s Adventure or Rygar seems to be as big a swindle as any. 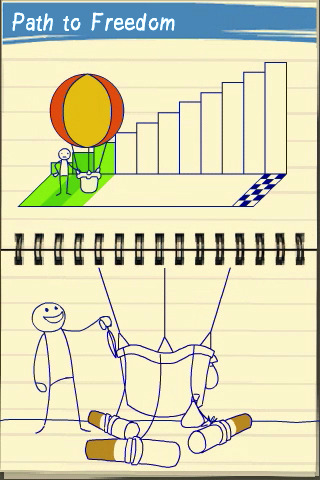 The title of this “game” (and I use that term loosely) gives you some idea of the level of fun you will have whilst playing it. Basically, your character is an angry cigarette butt who leads you through a series of minigames which are so agonizingly awful, I needed to smoke 40 cigarettes just to get through them. I persevered, however, and after being a full-on smoker for fifteen years, I am happy to say that playing this game has single-handedly resulted in me being smoke-free for the last two years. But this is a list of the 50 Worst Games, not a list of Things That Help You Avoid Lung Cancer (that’s next month’s topic), and as a game I’m afraid it is entirely shit. Also, last month, whilst on holiday I had one cigarette when drunk, so it has ultimately failed. Sad face. 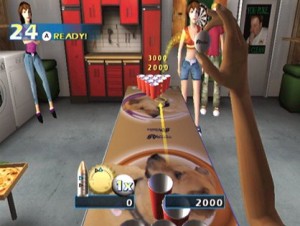 I’ve never understood drinking games like beer pong. A roomful of people who very much enjoy binge drinking come up with a stupid game in which two teams of people have to throw balls into cups, and the loser gets to drink all the winner’s beer. This seems like awarding an Olympic gold medal to a 100-meter dash runner who, at the sound of the starter pistol, tripped over his own feet and somehow managed to fall into a crocodile pit. Pong Toss: Frat Party Games finds the perfect way to wring out what little fun this party game had to offer. First, get rid of the beer. Then get rid of the friends. Also, remove the party atmosphere. Now murder physics so brutally even Richard Feynman couldn’t identify the body. Now remove all sense of distance from the table. Congratulations, you are now alone in a room waving around a white stick failing at pretending to throw a ball into a disposable cup. 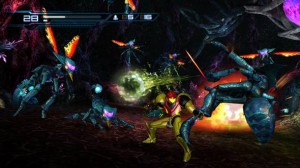 I will be honest: you have been cheated out of Bubsy 3D. Metroid: Other M, as a standalone game, does not belong here. It’s too pretty. It’s actually playable. But, like so many teenagers out there, we are mad at M:OM for destroying our collection of stories where the girl takes her clothes off at the end.

By portraying Samus Aran as a broken little girl who panics whenever there’s not a man around to tell her what to do, this one game throws a quarter-century of character development into the incinerator. Where is the strong, introspective, independent woman who argued vehemently with the B.S.L. computer AI about the fate of the galaxy, departed from the grateful Luminoth with a dismissive wave goodbye over her shoulder, and who’s faced down Ridley time and again without flinching?

Obviously she’s in one of the Metroid games without apparent continuity contradictions, clunky first-person aiming, obtuse hidden object puzzles, “we only got one take” voice acting, “we only made it to the second draft” scriptwriting, and an overall “we’re not sure what makes Metroid fun, but it’s probably lava levels and lots of talking” mentality. 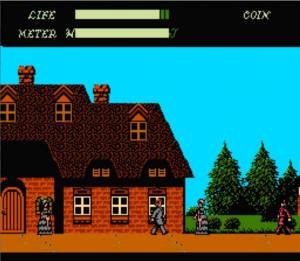 Dr. Jekyll and Mr Hyde is a story about a man split into a good side and a bad side after a strange experiment goes wrong. The experiment, of course, was creating this game. Unfortunately, it failed miserably and turned Dr. Jekyll insane. Actually, I can’t confirm that entirely. Nothing to see here, people. Move along!

This just made my day. Tetsuya Nomura is the Director of the next Kingdom Hearts game, Kingdom Hearts: Dream Droop Dropkick for the 3DS. In an interview with Famitsu (via SQEX*GAL), he talks a bit ab