Happy birthday to GameCola writer, editor, and podcaster Elizabeth “Lizo” Medina-Gray! To celebrate, we’re starting a new feature here in GameCola. (Actually, the two events are unrelated; I was just hoping to earn some brownie points with my fiancé, who actually is Lizo). 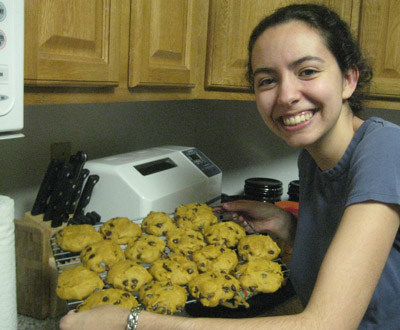 Welcome to “This Week in ‘Cola,” where we help out the babies having a hard time following the site in its new, more fast-paced format by telling them exactly what they missed. (Think of it as a new “Dear Readers,” minus the part where I welcome you to the new issue.) Here’s what you’ve missed over the past week, babies:

(Please note: I probably won’t stick with this article if people don’t find it useful, so if you like it, speak up!)

• We learned a little about Telltale’s upcoming Back to the Future: The Game, like how it’s coming out for PS3, it takes place six months after the third movie, and it will star Justin Bieber as Marty McFly and all three Jonas brothers as Doc Brown.

• In addition, we found out that the rumors of Sprite Monkey’s death were greatly exaggerated. (Remember Sprite Monkey?)

• Furthermore, we learned about a few upcoming games: Super Mario All-Stars, which is a pointless straight-up port of a SNES title from 15 years ago, You Don’t Know Jack, which is the opposite, and Hyperdimension Neptunia, which is basically GameFAQs: The Game (Featuring Boobies!!).

• We also died a little inside when we heard about the next game 5th Cell is working on.

• Meteo Xavier reviewed a whole bunch of scary games in celebration of some holiday, probably Thanksgiving.

• Michael Gray talked a little about future GameCola Game of the Year, Professor Layton and Phoenix Wright Save Witchtown.

• He also continued to spoil the entire story of Professor Layton and the Unwound Future by telling us about all the plot twists, such as this: the future was never actually “wound” to begin with. (Did I just blow your mind?)

• Nathaniel Hoover, Michael Ridgaway, Mark Freedman, and Alex Jedraszczak speed-talked about the Metroid series in The GameCola Podcast #31. I wasn’t able to participate, because I was to busy trying to remember how to spell “Jedraszczak.”

• Also, if you click here, you get to watch Michael Gray do sudoku puzzles for 45 minutes. Is this why he isn’t on the staff anymore?

Also, here’s a bonus article—some “Classic ‘Cola,” if you will—from the GameCola archives: “Pimp My ‘Cola,” from August 2007, in which GameCola’s (now former) PR Manager Gina invades a furry convention to hand out GameCola fliers.

Welcome to "The Grass is Always...", where two people play a game and record their humorous commentary. Previously, we recorded the commentary by writing it down, but this month, we ventured into the