This month’s question was submitted by Nathaniel Hoover, and it is:

What was the last game that made you throw a controller (or want to throw one)?

Battlefield 3 had a really nasty bug that was thankfully patched, but really aggravated me and almost caused me to throw my controller. Sometimes, when you’d have the MG36 light machinegun equipped, your player’s character model would be all jacked up. He’d be holding the gun way above his head as if to smell his own armpits. You could still see the crosshairs and fire the gun normally, but you couldn’t see much of anything. Not to mention the audio glitches in the game, where the game just goes silent for 30 seconds or so, which can really ruin the experience (and your character’s life). That particular bug was a holdover from Battlefield: Bad Company 2. No excuses, EA! As great as the game is, it really makes you want to just hurl a gamepad, but that would be a costly mistake, now wouldn’t it? 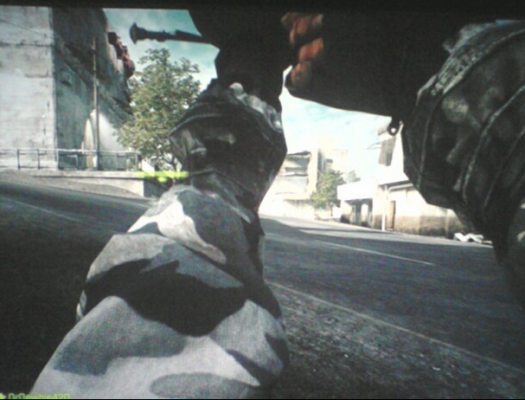 Most people who know me would probably consider me a fairly relaxed and upbeat guy. Most people who know me very well might add that when I get angry, people die. I don’t mind impossible games, and I don’t mind fair challenges, but when an otherwise fair and possible game thrusts me into an unfairly impossible situation, I have been known to throw a controller or two. However, as a cost-conscious and responsible gamer, I have traditionally channeled most of my anger into screaming, shouting, and punching the nearest wall/living being, as I would never want to throw a controller so hard as to actually damage it.

The last time I threw a controller—the last time ever, I vowed—was during my first playthrough of Metroid Prime 2: Echoes back in 2004. As discussed on a recent edition of The GameCola Podcast, MP2 features one of the most miserable bosses I have ever faced in my illustrious gaming career, the Boost Guardian. Slashing attacks, laser beams, limited invincibility at certain points, lightning-fast morph ball capability, summoned minions, and an alternate form as a puddle of goo. Y’know—standard boss stuff. A perfect fit for a mid- to late-game challenge when you’ve had time to stock up on missiles, energy tanks, and other goodies that would keep you alive against this boss whom you actually meet barely more than a quarter through the game, who destroys massive percentages of your health with each hit, in an arena that is constantly draining your energy with its corrosive air, located just far enough away from the save point to be obnoxious after four or five attempts.

I don’t know how, but I finally beat him. With about 5 health remaining. Which is not enough to collect your prize and make it out of the room before the corrosive air eats through your armor and kills you.

All I recall is a flash of anger, and the wireless Wavebird controller taking flight from my hand at high speed, aimed at the smaller couch adjacent to the one I was sitting on. I learned immediately that said couch is superbly springy, watching the Wavebird bounce—in slow motion, at that point—into the air, landing on the floor with a clunk and tumbling a few feet toward the door, as though to crawl away from its abusive master in its dying moments.

Miraculously, the controller survived. The whole ordeal shocked me into realizing exactly how dangerous my frustrations had become—right then and there, I vowed to never again throw a controller. Ever.

Then I played the game on Hard Mode.

I may have clenched the controller hard enough to nearly crack it. I may have gritted my teeth into a dental nightmare. But I kept my promise. I never again threw a controller.

Game Boys, on the other hand… 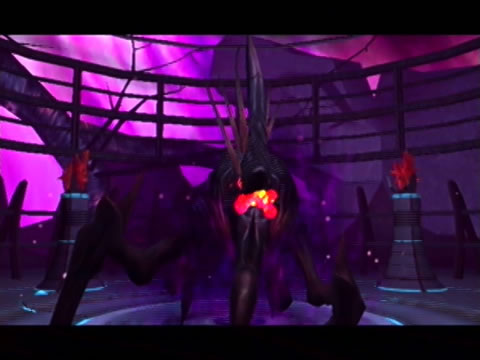 (Nathaniel is a reviewer, author of “Flash Flood,” “The Archive Dive,” and the “Sprite Flicker” webcomic, and creator of fine videos.)

The last game that made me throw my controller was Rhythm Party. To be fair, you are the controller, so you need to throw yourself to win. Does anyone even do that anymore—throw controllers, I mean? 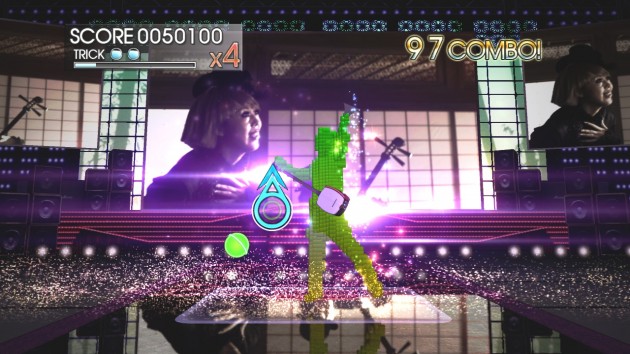 Dragon Age: Origins. I still get angry when I think about that damn mage tower in the Fade portion of the game. 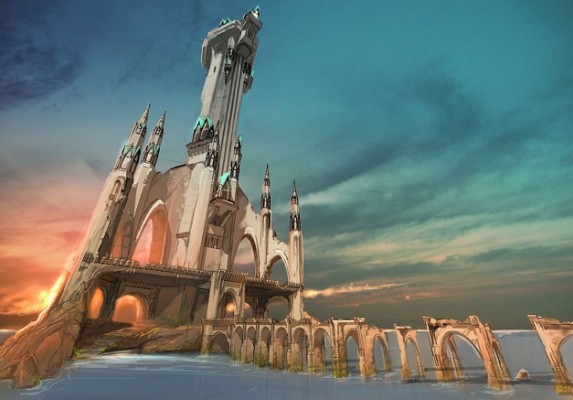 While there are more recent games that have led me into serious raging episodes, the last one that literally made me throw my controller (against the bed, mind you) is Battalion Wars.

I seriously love this game. I was a huge fan of the Advance Wars series, and I was thrilled the moment I learnt that there was a new game being developed for the GameCube (originally named Advance Wars: Under Fire). Even though it wasn’t developed by Intelligent Systems, Kuju Entertainment managed to build a beautiful action and strategy game where your ability to command a battalion in real time and “under fire” are put to the test.

Why did it make me throw my controller? Unfortunately, this game is not without its faults, even though the control scheme is decent enough for you to easily move yourself and your troops on the battlefield; sometimes your orders end up being misinterpreted, leading to really awful results. I just couldn’t believe Nintendo was still capable of publishing games this hard. One mistake can mess up your entire battle plan, seriously delivering the message that you suck as a Commander Officer!

Of course I managed to beat this game in the end, and once I mastered it, I was able to obtain the highest grades in every mission. I totally recommend this game to any action and/or strategy fan out there (or the sequel for the Wii, which I still haven’t played), but still I have to warn you—you’ll get pissed! 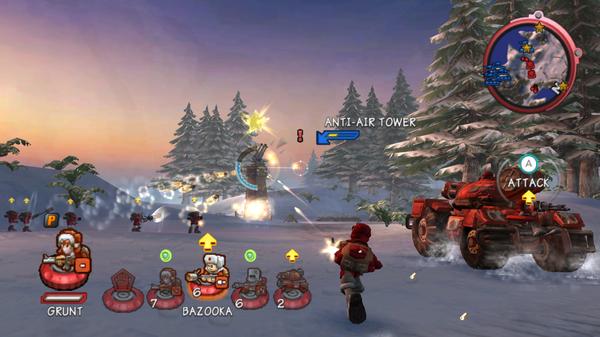 Unlike my cousin who has a huge controller graveyard and walls full of controller-shaped holes because he got pissed at Disney Channel All-Star Party or some crap, despite being a bit ranty and caustic verbally I’m actually very mellow (irritatingly so, according to my wife) and not really prone to anger. So games where you die frequently (Marble Madness, Super Monkey Ball, Super Meat Boy, etc.) that other people may find stressful, I find kind of relaxing. I have no problem with dying or failing in games, but when I have to suffer because of bad game design, that’s when I get irritated.

My feelings about that decade-long abortion-in-the-making, Duke Nukem Forever, are pretty well known by now, and it probably came the closest of any game in recent memory to actually making me hurl my controller into my TV. Not because it’s hard or even because the gameplay is bad, but because I would get so tired of waiting so long for the game to load up between deaths, only to immediately have a pigcop throw a big barrel of explosions at my face the second everything loads back up, and then repeat the whole experience over and over again like a recurring nightmare. 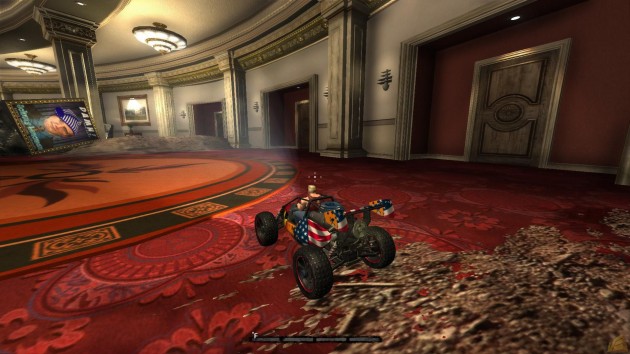 The last game to make me throw a controller was, sadly, Tiny Toon Adventures for the NES. I can get through the first two worlds just fine. The third one in the forest is a real beast, but I can survive even that with enough tries. And having to visit Wackyland is quite fun. But Montana Max’s mansion is an absolute terror to get through. There are so many nasty traps along the way—be they flying money bags shot out of cannons, sliding under countless spikes, or having the damn butler switch on and off the lights to his own whimsy. And, if you are somehow able to sneak past this madness, you still have to defeat Montana Max and his giant spring-loaded mechanical fists, which is a dastardly feat unto itself. I’ve never been able to finish this game, and I’m not sure I ever will. I’ve come close, meeting face-to-face with that stupid rich kid, Montana Max. I’d say I should be proud of that, considering how damn broken that last level is. Guess I can’t expect too much out of a frickin’ rabbit.

It's like Christmas, Chanukah, St. Patty's Day, Thanksgiving, the 4th of July, and my birthday all rolled into one package! Over the weekend, the fan translation for Mother 3, or EarthBound 2, was rel