It’s nearly time for Thanksgiving, where we Americans spend time with family, ponder on what we are thankful for, and eat food in such quantities that it qualifies as hubris.

This question was submitted by Nathaniel Hoover and has absolutely nothing to do with any of that.

Have you developed your own videogame or created maps or mods for an existing game?

Where to start! Over the last year or so I’ve started fancying myself an “independent game developer,” which is another term for layabout. I’ve written dialogue for military strategy sims, press releases for football games, speculative scripts about sheep who want to save the world, and also the entire second half of testgame. (Yes, that testgame.) You can read all about that in my gamedev blog, if you’d like.

My biggest thing, though, has been Life in the Dorms—which I like to think of as “Monkey Island in college,” but so as not to get sued we’ll just call it a comedic adventure game. From our Dream.Build.Play application:

Your roommate’s a serial killer, your RA’s in love with you, and all your best friends are miles away. Is this really what college is like? From the developer of Office DisOrders and the Editor-in-Chief of GameCola.net comes the classic coming-of-age adventure game about love, friendship, and ramen noodles. “I laughed so hard I threw up in my soup!” – Mark Twain.

I served as lead writer and designer, penning the game’s story and dialogue, coming up with puzzles, and essentially putting everything together in a completely unplayable Microsoft Word format for other, more talented people (like fellow GC staffer Colin Greenhalgh) to deal with. Thankfully, they did, and you yourself can now make new friends and practice unlicensed spleen surgery on my former arch-nemesis, Xbox Live Indie Games, right here for only a buck. 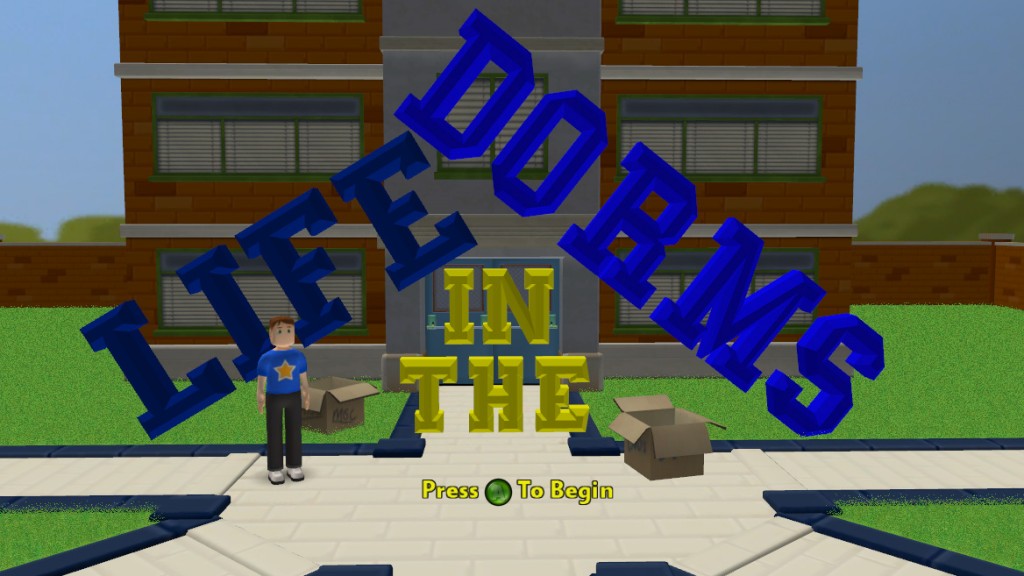 (Paul is GameCola’s Editor-in-Chief, as well as a video maker, reviewer, and an occasional news blogger.)

Alas! The games I’ve worked on aren’t posted online anywhere, mostly because they sucked and barely worked. I only have the assets and things I made for said games. 😛 Working on stuff on my own, but nothing is ready to go yet, mostly because I suck at programming and feel bad asking my programmer friends stupid questions all the time.

I have made a few pieces for Paul and Lizo, but I know not where to download those games, so…yeah. Unless you want my DA or portfolio link, I’ve got diddly for this month. 😛 [Her DeviantArt link.] Yes, actually! I made a map for the maze in Fire Emblem Gaiden, as part of my work for GameFAQs. That was over nine years ago, so I don’t remember anything else about it.

I’ve dabbled in game/mod making. Though, I use the term “dabbled” very loosely, in the same way that somebody could say they have dabbled in post-impressionist art if they once tripped over a can of Dutch Boy and got paint on their shoes.

When I was about 14 I had a program called Klik & Play. It was basically a simple game-making program where you’d throw some art assets onto a screen and you would choose how they interact with each other. My first game was a topical piece called O.J.’s Revenge. It was about O.J. Simpson, who was looking to get revenge against people, including his deceased wife. Now, why one has to take revenge on a person they (allegedly) killed is beyond me, but he did. He would walk around some levels, drive his white bronco through others, and shoot lasers at cops, judges, and his dead wife (represented by an angel). I later was making some game where all I can remember is that it involved Pope John Paul II and poop. I think maybe you had to poop in his hat or something? I probably just heard the assonance between poop and pope and decided “Oh yeah, that’s a game right there!”

I played around with Adventure Game Studio once and made a full, but very short, game. I don’t remember the title, but I remember the plot of the game was unspeakably offensive, so I only ever let my cousin play it.

I’m also writing a game right now, but I’m notorious for being the guy who is always doing about five grandiose projects at any given time but never has the attention span to finish anything, so that will almost certainly be put on the back-burner indefinitely once I find something else shiny and new I can lavish my attentions upon. 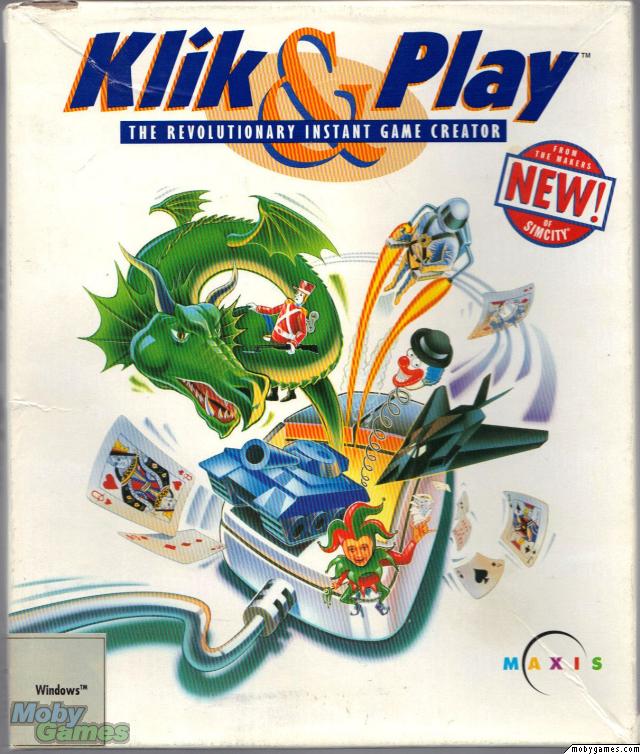 Back when I was still at school, I was ignoring school itself and producing levels for the Japanese version of Tenchu: Birth of the Assassins. The levels were called “Anywhere City,” and told the story of a city miles away that is riddled with crime and dysfunction. A man named Icarus intends to fix everything by becoming mayor, which he achieves after finding three magical scrolls hidden by the current mayor.

Once mayor, he decides to clean out the remaining criminal entourages, one of which attempts to steal from the bank! Icarus eventually follows a lead to an abandoned building, where he discovers that his four ex-colleagues are angry with him for not sharing his “prize”—the deeds to Anywhere City—and they attempt to silence him.
Icarus, mortally wounded, seeks a witch who can restore him to full power. The witch tells him that he is actually the “chosen one,” and that he will have to fend off a new and more daunting enemy.

After he returns to the city, he finds it overrun with aliens from another dimension. He defeats them and secures his true place as a god.

It wasn’t up to much, and contained very colourful language. It also reeked of “teenager obsessed with anime.” I made a few other levels, but I wish you Good Luck finding them amongst all the submitted ones, and if you want to play them, you’ll need the Japanese PSP game Tenchu Shinobi Taisen. (If you want to edit them, the password for edit-enable is ⑥⑤⑥⑤.)

You can still find these levels hosted at tenchumissions.com. It was a great community to be a member of at the time, and I hope the webmaster is still fine and well after all this time. 🙂 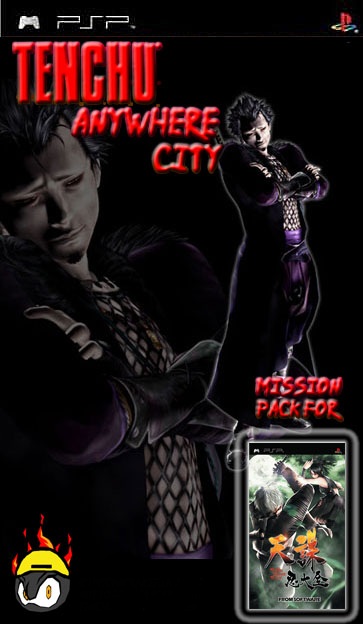 Why, what a great question! Whoever came up with this one deserves an ice cream. If you’re a fan of Jedi Knight II: Jedi Outcast, you owe it to me to try out the few multiplayer maps I designed—”Drop Zone,” which drops you onto a tiny battlefield with just one randomly selected weapon; “Tower Ruins,” which contains a number of secret areas that you’ll probably never find; “Instability,” which has you hopping back and forth on a bunch of rising platforms that will eventually crush you into the ceiling; and “Shadow Arena,” which is actually playable. Despite some flaws to be expected of an amateur with more creativity than technical skill, I’m really pleased with how these turned out. You can find my JKII maps here.

Someday, the world will know the joy and frustration of Super Impossible Mario World, a ROM hack I’ve been working on since high school. This perpetually incomplete game has enjoyed a cult following for as long as I’ve had beta testers…but somewhere along the line, I think I accidentally modified something that made it (super) impossible to create a redistributable game patch to legally transform your illegal Super Mario World ROM into my glorious opus of Note Block mazes, fish dispensers, and stages where you can march happily and uncontrollably into a bottomless pit after clearing the finish line. 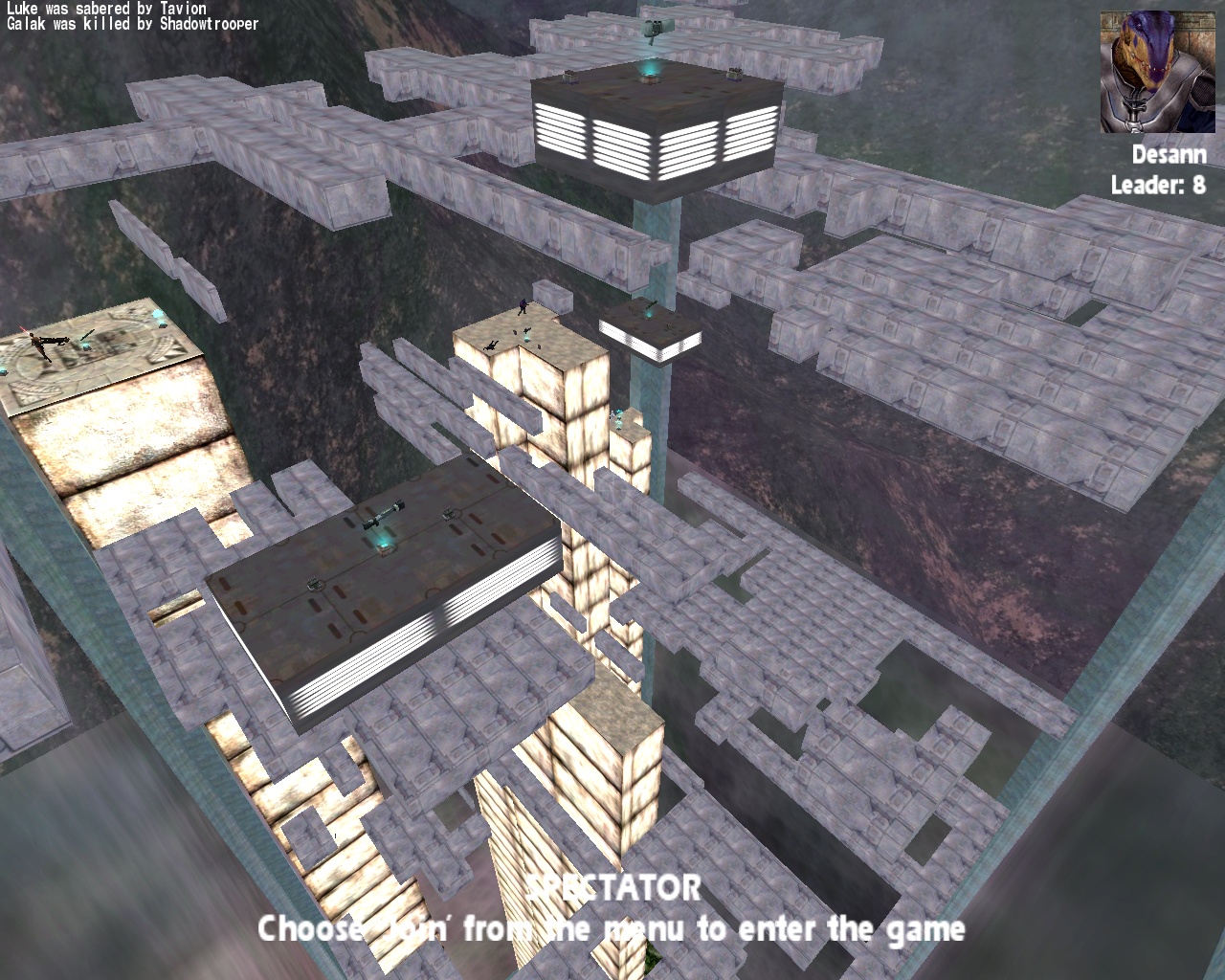 (Nathaniel is a reviewer; author of “Flash Flood,” “The Archive Dive,” and the “Sprite Flicker” webcomic; creator of fine videos and DM for the D&D podcast)

It was a long time ago, but the first time I was somehow involved in a videogame was when I got to know a guy nicknamed Kyo Edy back in college; this guy was involved in the English-to-Spanish patch for the Japanese ROM version of Tales of Phantasia for SNES.

As far as I remember, I barely helped this guy out with the translation, but he still included my nickname in the project’s credits, as it comes out right at the intro screen for the game. Since then, I’ve had an itch for translating things, like mangas, comics, or any game-related articles I like, in order to share it with a larger audience. 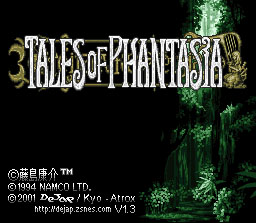 Michael gives Chrono Trigger one hour to prove itself as Best Game Ever.