This month’s question was submitted by our own Jillian Dingwall, and it is:

What movie would you like to see turned into a videogame?

It would be a wide, open world role-playing game laced with J-RPG elements. You play as Atreyu, following the guidance of AURYN, as you quest to save Fantasia from The Nothing. What would be ironic, though, is that the film is concerned with the growing problem of children not reading books or using their imagination as much as they used to, something that videogames themselves are partly responsible for. Therefore, the game should focus on using complicated puzzles to tax the mind of the player. The game should also shatter the fourth wall at the end, but in its own fashion, different from the film. 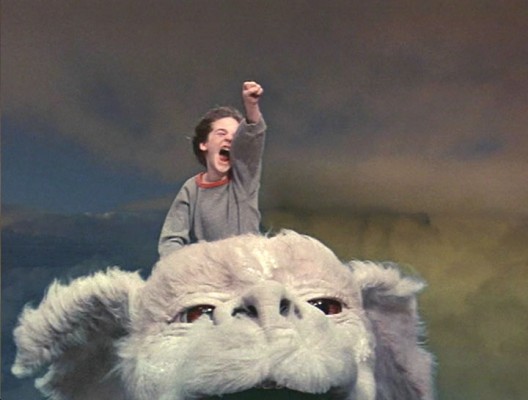 I’ve been throwing a few suggestions around, nothing too in-depth, but a broad succession of brief pitches that may interest.

Perhaps a PC title based on Nicole Kassell’s challenging piece, The Woodsman? Gameplay could take the form of QTEs in which Kevin Bacon sees small children off in the distance, and must rhythmically press “B” to fight his urges and re-integrate into society.

I also feel that there are real financial prospects for a game based on the seminal stage musical-turned-film, Mamma Mia. The main character must investigate three potential father figures to determine which one is, in fact, her father. Investigation mechanics are handled through a mixture of basic deduction and Bemani song and dance routines. A secret bonus mode would take the form of a reverse tower defense game where the player is a male attempting to leave the movie theatre without being stopped or noticed by his wife.

Finally, it’s always been obvious to me that, though critically savaged, 1993’s Bob Hoskins-starring Super Mario Bros. would make for a compelling videogame, given a few small changes. 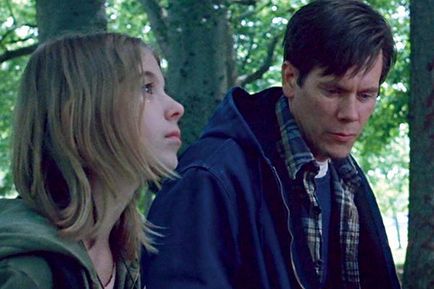 I’d like to see the old Return to Oz movie turned into a game. But developers would have to keep the creepy, dark feeling to it, including the part with the hall of screaming heads. It would adapt pretty well to a game format, with plenty of potential sidequests, explorable areas, and twisted humor. All in all, nothing like the actual Oz books, but then again, neither was the movie.

Imagine, if you will, an alternate-universe edition of the Super Mario games, where Goombas are giant lizards with little tiny heads, the mushroom power-ups are sentient, and the giant fish that eats you in Mario 3 is, instead, an enormous black woman with Thwomps strapped to her feet. Also, you’re playing as Bob Hoskins, digitally inserted into the game ala the characters in Mortal Kombat, and Yoshi is a goddamn tyrannosaurs rex. And in the final boss battle, Bowser (as portrayed by a digitally inserted Dennis Hopper, of course) has a gun that can turn you into a monkey.

Just tell me that wouldn’t be the best Mario hack ever. 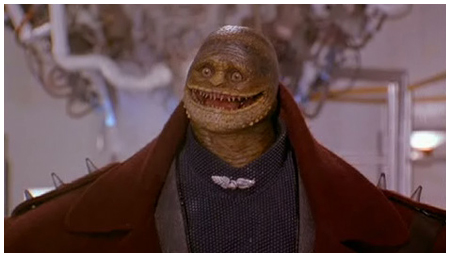 Spaceballs: The Video Game. I got the idea when someone made a multiplayer character mod for Jedi Knight 2 where you could play as President Scroob with a purple lightsaber. (I would have much prefered to play as Dark Helmet, though.) The Star Wars franchise has made so many great videogames like Knights of the Old Republic and the Super Star Wars series on SNES, so it should be easy to do the same with Spaceballs and add in a hearty helping of comedy. Unfortunately, Rick Moranis is fully retired and didn’t even make an appearance in Ghostbusters: The Video Game, so we’d need a suitable replacement for Dark Helmet. Keep firing, assholes! 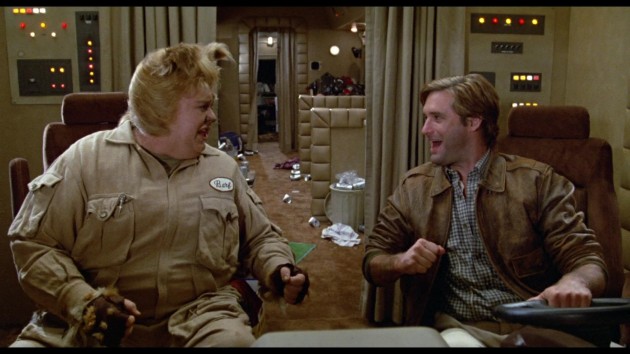 I think the Japanese splatterfest, Battle Royale, would make a perfect multiplayer shooter. Even the film’s tagline—“Could you kill your best friend?”—encompasses what people who play shooters like doing best. The short version of the plot is that Japan has decided kids are too unruly and violent, and the best way to solve this is to dump one class per year on an island to brutally kill each other with no rules until only one is left standing. No, I don’t understand the rationale, either. My pitch for the game is that the island is procedurally generated—different every time, weapons are assigned to people at random (sometimes you get an Uzi, and sometimes you get a GPS and a frying pan). Also, the teacher calls out certain areas of the map every few hours where the students aren’t allowed to be. If they’re still there after a given period of time, then the exploding collars they were fitted with are set off, solving the problem of camping rather quickly. It’s pretty perfectly suited for a videogame.

If playing NES games is fun (which it undoubtedly is), then playing a game about playing NES games must be fun, too! Though it might be difficult to get the various publishers to cooperate, can’t you just picture it? Each level requires you to go to a different location in the United States and play a level from a classic NES game. Castlevania? Ninja Gaiden? Double Dragon? Friggin’ Rad Racer? You know it. (Good luck getting the rights to that last one.) The grand finale comes when you have to complete the first stage of Super Mario Bros. 3—what a challenge! And when Lucas Barton shows up to cause trouble, the game switches to a Street Fighter II format where you can beat the living crap out of each other. Haley is an unlockable character whose special powers include Irritable Scowl and False Molestation Accusation. And running from that creepy old guy who’s been hired to catch you turns things into a knockoff of Home Alone for the NES. *shudders* Now let’s just see if we can get Jackey Vinson to do a few voice-overs. You know he’s not working much ever since…well…you know…the incident… 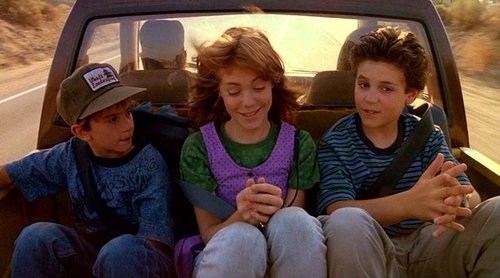 More than any one movie I’d like to see in videogame format, I have a lot of movie-based videogames I just want to see done right! Among those I’d love to play is a well-made Terminator videogame.

Remember the first shots in the original Terminator movie? That post-apocalyptic future is the perfect setting for an awesome action game. That said, the game based on Terminator Salvation was horrible—not only because it was merely the cash-in movie-related videogame we’re all used to, but because the Terminators in that game are way too easy to defeat compared to their big-screen counterparts.

I don’t want to fight hundreds of useless Terminators—I want to face just one. I want to be scared shitless being chased by an almost invincible T-800. That is the trademark this movie is well remembered by, and it’s something no videogame has been able to pull off. 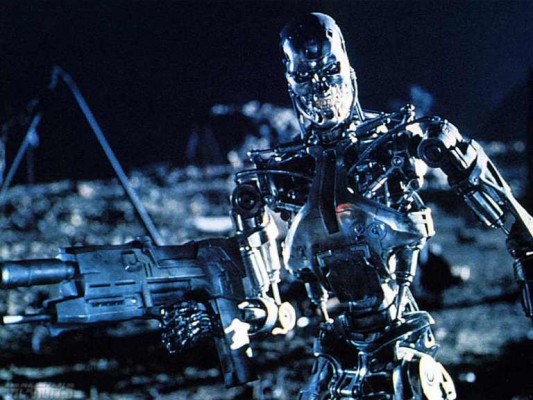 I have long felt that the movie most overlooked when it comes to videogame potential is Deliverance. There really is a whole world of variety involved in bringing such a timeless classic into your living room. The game would be divided into three sections: character design, motion control, and handheld control. Let’s begin with character design. In some games, like Tiger Woods Golf, for example, character creation is a game in itself. Deliverance would have all the time-consumption of Tiger Woods Golf, except you would have nothing but 250 moustaches to choose from and four outfits, all of which would consist of different shades of double-denim. Once your character is ready to hit the canoe, the game would move on to the motion control stage. Here you would row yourself down the river, contending with a few rapids along the way, before picking up your virtual banjo and spending the next thirty years trying to learn how to play “Dueling Banjos.” Finally, the violent sodomy scene. This is where the hand-held controller comes in. I’m not going to go into too much detail, but let’s just say that it would work in a similar way to lock-picking in Skyrim. In short, Deliverance would combine all the versatility of 21st century gaming with the excitement of ’70s facial hair. What’s not to love? 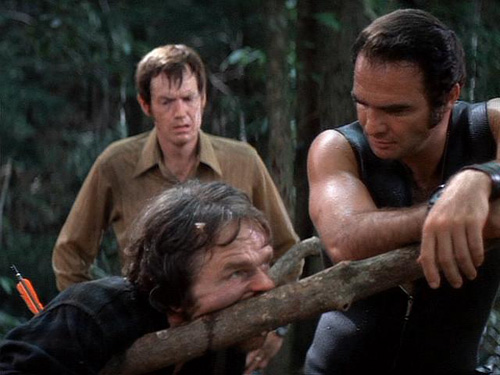 I’d love to see a videogame adaptation of Serenity, Joss Whedon’s 2005 space western that follows the hit (read: cancelled) TV series Firefly. A depressingly serious wisecracking third-person role-playing adventure game with a handful of first-person vehicle missions and a mix of real-time, turn-based, and event-based combat would not only make for the most difficult-to-classify game of the year, but also the only game with enough variety and nonstop challenges to properly capture the essence of Serenity. There are enough characters to pull off a Knights of the Old Republic-style rotating party system, and Heavy Rain’s open-ended story structure would still allow all your favorite characters to get killed off unexpectedly, without impaling them in a contrived, prescripted cutscene. Throw in a few bonus missions where you can play as the bad guys—including a horrifying Dress-the-Reaver character customization screen—and I swear to you, I will get very choked up. Honestly, there could be tears. 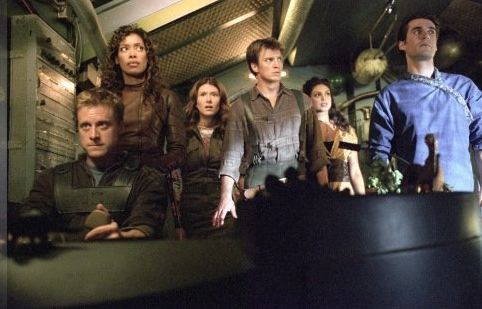 (Nathaniel is a reviewer, author of “Flash Flood“ and the “Sprite Flicker“ webcomic, and creator of fine videos.)

Finnegan: 23 RDM, 15 WHMGaelan: 10 WAR I've been playing FF XI for better than 60 days now, and while I am playing quite a bit, I don't feel "addicted" per se. However, I checked my total playtime ear