This month’s question was submitted by GameCola reader extraordinaire Joe Reviewer and it is:

What game most exceeded or failed to live up to your expectations of it?

Red Dead Redemption is one of those games that managed to fly under my radar without being detected back in 2010. But all of a sudden, everyone seemed to be talking about this game like it was one of the most anticipated games of said year… In fact, it was! It just didn’t notice it because it was being developed by Rockstar, and it was going to use the same engine from Grand Theft Auto, that controversial sandbox game that has never caught my attention.

But still, I kept hearing a lot of great things about it, so it was just a matter of time before I finally gave it a good try. So, I finally rented the game, got into my best cowboy mood and spent a whole Saturday evening to give it my best shot. In the end, I hated the thing completely; I despised it from the bottom of my soul. I just expected way too much from a game that provided me with so little.

Its shooting mechanics and cover system feel utterly obsolete compared to any game of this generation; I found its world way too pale and depressing; and it has way too many menial tasks I don’t want to waste my time with. I keep reading that Pale Brown Deception has a great story, but I got none of that from the only six hours straight I dug into this thing—how much more do I need to drive myself into it before I can find anything worthy of my efforts?

It’s not a bad game; I can clearly see why people have found it so endearing. I’m just not the audience this game is meant for. 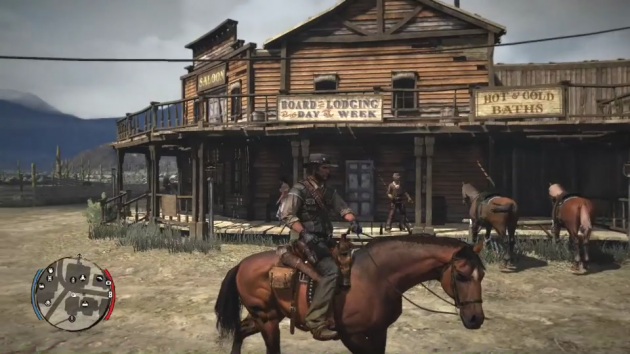 If you’ve avoided my outrageously long review of Mega Man 10 and its downloadable content, here’s the condensed version. Should only take two pages, tops.

To me, Mega Man 9 was a triumphant return for the Blue Bomber. While not entirely without flaws, creative and solidly difficult challenges combined with a killer soundtrack to set my expectations high for the inevitable sequel. Mega Man 9 played it safe by putting more modern ideas such as Achievements and an item shop into a retro context, pacifying both the fans who’ve generally enjoyed Mega Man’s evolution over the years and the “fans” who’ve seen 100+ Mega Man games released and still claim that Mega Man 2 is the only one that’s any good. With a little more polish, a little more plot, and a little more willingness to acknowledge the possibility that Mega Man 2 was not the pinnacle of the series that all games should try to emulate, a sequel following in the footsteps of Mega Man 9 could have easily been the game that completely revitalized the series, uniting fans of all dispositions in a new common favorite.

There’s more polish. There’s more plot. There’s acknowledgment of several other Mega Man games, including the oft-overlooked Game Boy series. More weapons, more game modes, and musical contributions from droves of former Mega Man composers…from a distance, Mega Man 10 looks like it should be The Ultimate Mega Man Game. As a standalone game, it’s quite good. As the successor to Mega Man 9, and as the apparent culmination of nearly 25 years of Mega Man history, it’s The Ultimate Letdown. Mega Man 10 offers a soundtrack largely devoid of the energy and complexity the series is renowned for, slaps together a plot that’s shaky and ridiculous even by Mega Man standards, and learns all the wrong gameplay lessons from its predecessors–deriving challenge from being excessively patient with the enemies, and once again omitting even the option of the slide and charge shot that defined the past 20 years of Mega Man. It’s by no means the worst in the series–not by a long shot–but the difference between what it is and what it could have been has profoundly affected both my enjoyment of the game and my optimism about the direction of the franchise.

And, apparently, my ability to be funny when writing these blurbs. 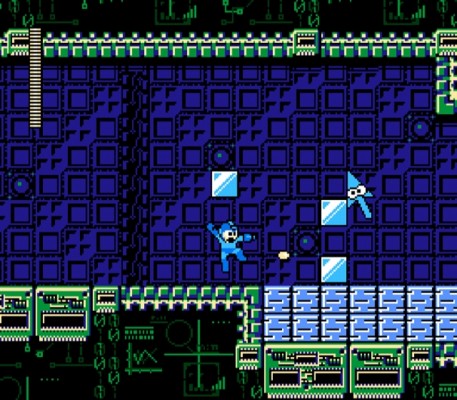 I’d like to consider myself a Silent Hill fan. I’ve been with the series since the first game and have really come to enjoy the first four games as the “pinnacle” of the series. Everything developed by U.S. developers hasn’t been the same, and I really didn’t expect Silent Hill Downpour to be any good.

Imagine my shock when Silent Hill Downpour turned out amazing. It still has its problems (many of which wouldn’t have existed if Team Silent were still at the helm), but this game really does match up to some of the earlier Silent Hill games’ atmosphere and tension. When you’re traipsing through those apartments in Downpour, just try to lie through your teeth and tell me you’re not scared. Tell a little fib and say that it doesn’t feel like a real Silent Hill game. 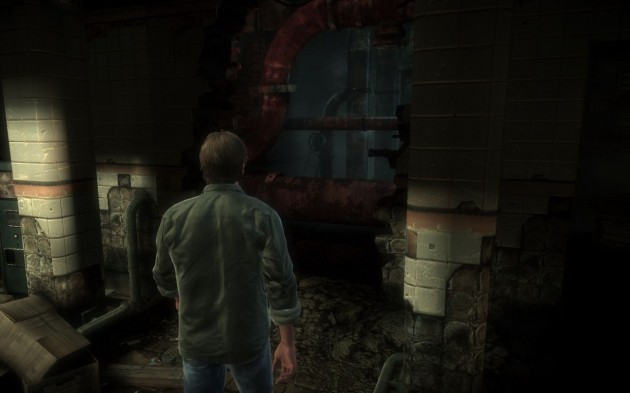 I was so pumped for this game. I played a lot of Populous in my day, and really enjoyed the whole God-sim thing. Unfortunately, my dad’s computer wasn’t up to snuff to play this game, so I had to check it out on my friend’s machines, and eventually on an upgraded computer.

What a disappointment! The game was supposed to check the Internet and the game’s environment would reflect the real world weather, but I couldn’t get it to work. There was supposed to be this animal-training component to it, where you could train your animal avatar to do your bidding. Like a small child, you, the parent, try to carve him in your own image, whether you’re benevolent or malevolent. Unfortunately, the thing was so bugged that he usually just did whatever the hell he wanted to. Plus, you’re stuck in these scenario levels, not an open sandbox. There are levels where your animal is chained up, or when you as God don’t have any powers. There’s hardly any “normal play state” to go with, and the whole game is just a dissapointment. 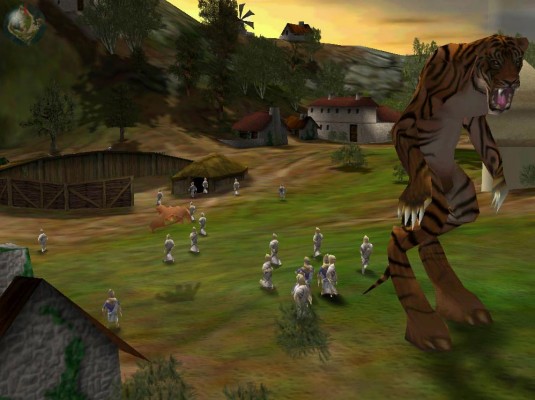 Since I’ve ranted about how much I hate FFXIII before, I’ve got to go with Skyrim not living up to many of my expectations.Before I get stoned as a social pariah, I’d like to say that I absolutely love playing the game, and it’s on my list of top ten favorite games, but really, the quests are pretty much rubbish. I usually buy games for their storylines and forgive crappy gameplay in lieu of a strong quest/interesting characters. However, Skyrim‘s main quests are bland, uninspiring ventures that don’t really affect gameplay, and honestly do not add anything to the game experience itself. The fact that there are so many other things to do is what saves this game. I don’t know if I’ll ever bother playing through all of the storylines, but I do know I will not rest until I’ve leveled up all of my skills. I don’t care if the empire or the rebels win, I’m much more interested in hunting down dragons and messing with giants. So, Skyrim is awesome, but I make my own story, and don’t bother with the ones I’ve been given. 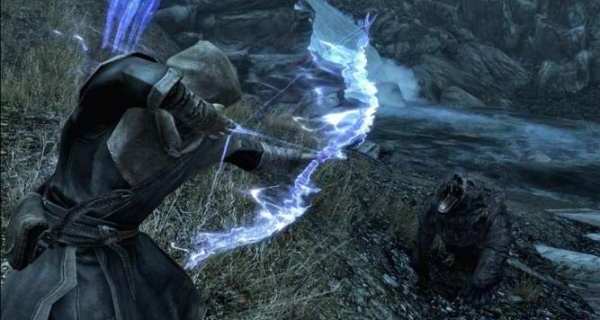 Pokémon Snap fell severely short of my expectations. It was the first Pokémon game for a console, and I imagined Pokémon Snap would be a sprawling open-world adventure where you could stroll through Viridian Forest or the Safari Zone, seeing and photoraphing Pokémon in their natural habitat, possibly also catching them and using them to coax out more Pokémon for more pictures. I pictured RPG elements, strategy, etc., etc. Unfortunately, Nintendo had a different plan for this, and all future console-based Pokémon games: “Make them all suck miserably compared to the handhelds.”

Admittedly, Pokémon Snap is a reasonably fun game when I revisit it, but that crushing defeat you feel when you realize the open-world RPG you thought you were getting actually just simulates sitting on a vintage 80s EPCOT ride with a Kodak Fun Saver is hard to let go of. To further illustrate how much I was looking forward to this game, I bought a Nintendo 64 for two games—Pokémon Snap and Earthbound 64. You can, perhaps, see why I’m still a bit bitter toward the N64. 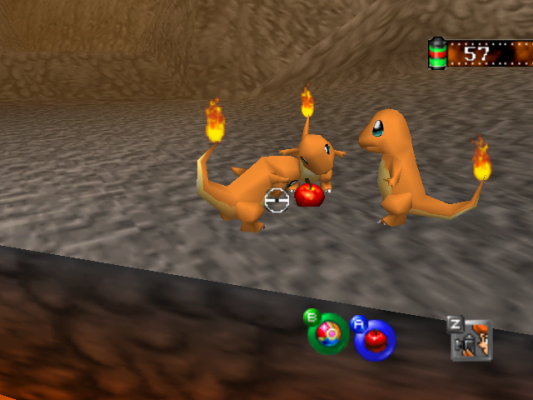 OK, this is quite the difficult question. So I’m just going to pull a game out of the blue and use that.

Well, because Margaret Cho Quest isn’t a real game, I have to go with…

OK, I know Atlus puts out some great stuff. They have about two thousand Megami Tensei games, the Etrian Odyssey series, Odin Sphere, and especially Wacky Races for the NES. They have a pretty good track record, but…yeah, Izuna 2 is something else. It probably would have benefitted me greatly if I had played the first Izuna game first. Then I would’ve known the kind of tedium festival I would be attending. It’s a dungeon crawler, but a really dry one with first-gen Game Boy Advance graphics and stale gameplay, not to mention a strange obsession with the characters’ relative breast sizes. Those who love roguelike games may indeed be enamored by Izuna 2, but I sure wasn’t among those. It’s by no means the worst game I’ve ever encountered, though—there are far worse indeed, as you can probably tell from this article—but I had hoped for much better with Izuna 2. 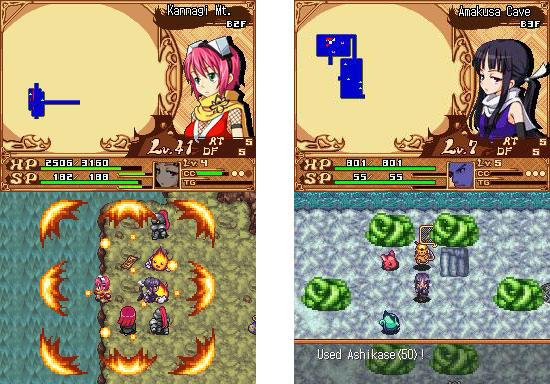 I already wrote about this for Christian Porter’s “Top of the Heap,” so to keep it brief: Kinect Disneyland Adventures takes all the magic of visiting a real-life Disney park—the childlike glee you experience no matter how old you really are, the self-satisfaction of finding your very first Hidden Mickey, the excitement of riding the teacups and not throwing up all over the place—and flushes it all down the ol’ Frontier Developments in favor of Wii Sports minigames and flailing Kinect controls. It is, essentially, Disneyland, through the eyes of an outer-space alien who is only textbook-familiar with human joy. It disappointed me more than the time I learned what a waifu is. 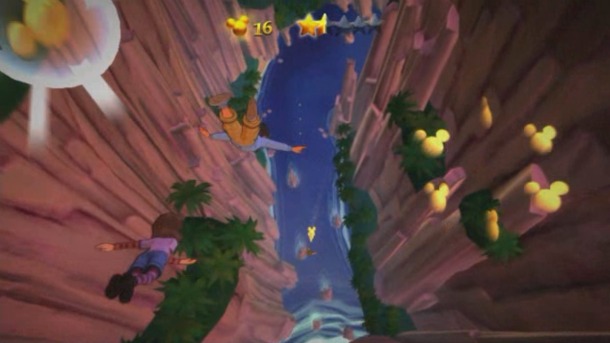 (Paul is GameCola’s Editor-in-Chief, the co-host of “Digital Championship Wrestling,” a video talkthrough-er, and an occasional news blogger and reviewer.)

Have a question you’d like answered in a future Q&AmeCola? Ask below in the comments, and maybe we’ll make YOUR dreams come true like we did for Joe Reviewer.

Long-time fans of the 'Cola will remember this edition of "Versus Mode" and this subsequent news post, both of which dealing with the fan-created sequel to Chrono Trigger, Chrono Trigger: Crimson Echo